Federal Minister for Defence Production and Balochistan Awami Party leader Zubaida Jalal in a joint sitting of Parliament expressed happiness over the excellent performance of ruling party and allied parties and congratulated Prime Minister Imran Khan and leaders of allied parties.
He said in a statement that the passage of 27 bills, including electronic voting machine and a bill to give voting rights to Pakistanis abroad, by the joint parliament.  She  said that the members of Balochistan Awami Party are under the leadership of CM. Balochistan  Mir Abdul Quddus Bizenjo deserved congratulations for showing unparalleled unity, discipline, and high political consciousness.
The Federal Minister expressed confidence that under the leadership of Prime Minister Imran Khan, cooperation and collaboration between the federation and the province would continue to increase and the North Balochistan package would be announced soon along with the accelerated implementation of the South Balochistan package. 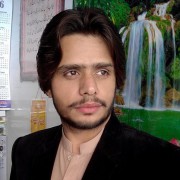